You are here: Home / Archives for Health Reform A new bipartisan bill introduced by Sens. Chuck Grassley (R-Iowa) and Ron Wyden (D-Oregon) looks to tighten regulations around Medicaid rebates to stop drugmakers from overcharging U.S. taxpayers, The Hill reports. The proposed legislation would provide the Department of Health and Human Services […] Robert Califf, People-Centered Research Foundation board chair and former Food and Drug Administration commissioner, recently discussed the benefits of using real-world evidence with real-world data garnered from electronic health records. "Part of the way the system of research worked before […] The Centers for Medicare and Medicaid Services on Monday, Nov. 26, announced a new policy proposal for 2020 aimed at modernizing Medicare Part C and D programs. According to a press release, the proposal would provide Medicare Advantage and Part D plans with the necessary tools to negotiate lower […]

The U.S. Food and Drug Administration is reportedly looking to overhauling the pipeline for medical device approvals in a bid to modernize and streamline the pathway for high-tech innovations, FierceHealthcare reports. The agency is looking to make the changes to the 510(k) pathway, a process for […]

After assuming the House majority in January, Democrats will look to vote to protect health care coverage for individuals with preexisting conditions, the Washington Post reports. Rep. Richard E. Neal, a Democrat and upcoming chairman of the Ways and Means Committee, stressed a vote should happen […] States across the country are taking matters into their own hands when it comes to high drug prices, pushing to implement legislation targeting practices by the pharmaceutical industry. According to a STAT report, Wisconsin's Democratic nominee for governor wants to punish companies who increase […]

National Coalition on Health Care Chairman (NCHC) Dr. Jack Lewin during an upcoming online event is set to discuss ways the government could move toward bipartisan solutions to high drug prices. MedPage Today is hosting the event. The discussion, which will be streamed live on Facebook 3 p.m. EST […]

The Department of Health and Human Services plans to implement a long-delayed 340B rule that would set price caps and monetary penalties in the 340B program, FierceHealthcare reports. According to the report, HHS issued a notice, saying the rule would be implemented at the start of the year on Jan. […] Patients for Affordable Drugs is looking to the midterms to spread awareness about high drug prices, according to The Guardian, backing candidates who have a history of pushing for price decreases. The group's founder, David Mitchell, who had also been diagnosed with multiple myeloma, says the […]

PhRMA CEO Stephen Ubl slammed the Trump administration’s latest proposal to combat high drug prices, calling it the importation of “foreign price controls,” PMLiVE reports. The plan, which was unveiled last week, would look to bring the price of drugs covered under Medicare Part B down in line with […]

President Donald Trump called a new proposal aimed at combating high drug prices a "revolutionary change," according to a Modern Healthcare report. The Trump administration recently proposed the first, mandatory Centers for Medicare and Medicaid Services payment model, which will look to drive down […]

The Trump administration is getting some backlash from pharmaceutical companies after it revealed a new plan to pay for some drugs in Medicare based on global prices, according to a STAT report. PhRMA said the proposal amounted to "price controls" and that it was "disappointed the administration […]

A new report from Avalere says about 102 million Americans could be at risk of higher premiums and exclusion from coverage if pre-existing condition protections are repealed. According to the report, some 200 million individuals are covered through commercial plans, and more than half have a […]

The Trump administration has unveiled new options that would help small employers use tax-free accounts to provider health care coverage to their workers, the Associated Press reports. According to the report, officials looked to expand health reimbursement deals to allow employees to buy […]

On the heels of recent moves in the Trump administration to require list prices in direct-to-consumer advertisements for drugs, PhRMA President and CEO Stephen J. Ubl discussed how member companies are planning to move forward. PhRMA says including list prices in advertisements could potentially […]

The Trump administration is likely to face legal woes after revealing this week a proposal that would require drugmakers to include drug prices in direct-to-consumer television advertisements. According to a STAT report, pharmaceutical companies on Monday further pressured the government to back […]

The Centers for Medicare and Medicaid Services (CMS) on Monday issued a proposal that would force pharma companies with drugs covered by Medicare and Medicaid to include prices in their direct-to-consumer television advertisements, Fierce Healthcare reports. According to the report, the CMS […] President Donald Trump on Wednesday signed into law two pieces of bipartisan legislation that outlaw pharmacy gag clauses, Fierce Healthcare reports. The Patient Right to Know Act and Know the Lowest Price Act would open the door for pharmacists to offer cost-saving information to patients at the […]

Two bills aimed at protecting individuals on Medicare and private insurance, the Patient Right to Know Drug Prices Act and the Know the Lowest Price Act of 2018, by outlawing "gag clauses" await President Donald Trump's signature, according to an article by Dr. Roger Klein published on the […] 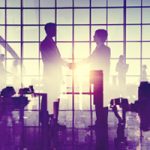 Patients for Affordable Drugs (P4AD) is each month recognizing "price fighting heroes" as a wave of patients, advocates, companies and organizations calling for lower drug prices continues to expand. The organization this month recognized former Centers for Medicare and Medicaid Services (CMS) […]

U.S. Health and Human Services Secretary Alex Azar recently touted the drop in insurance premiums during an event at Lipscomb University in Nashville, adding that President Donald Trump deserves the credit. “The president, who was supposedly trying to sabotage the Affordable Care Act, has proven […]

The National Academy for State Health Policy (NASHP) revealed a new model bill that looks to bolster transparency around pharmacy benefit managers, according to an MMIT report. Trish Riley, NASHP executive director, says the model legislation is a collection of PBM laws recently enacted across the […]

The life expectancy in the U.S., roughly 79 years, was exceeded by more than 25 countries and territories, according to a Bloomberg analysis of some 200 economies. Bloomberg created an index ranking economies with lifespans of at least 70 years, more than $5,000 GDP per capita and at least five […]

The House this week approved two measures targeting "gag clauses" that reportedly bar pharmacies from offering patients information that could save them money at the pharmacy counter. According to a Washington Examiner report, the Patient Right to Know Drug Prices Act and the Know the Lowest Price […]

An Associated Press analysis of brand drug prices has found drugmakers are deploying more price hikes than decreases, effectively moving on with business as usual despite President Donald Trump's key campaign promise to cut prices. The analysis found, however, the volume of price hikes has somewhat […]

As the U.S. midterms draw closer, Modern Healthcare in a new series, The 115th Congress on the State of Healthcare, is offering a look at the legislative perspective on health care. The series offers legislators on both sides of the aisle to give their stances on "health policy imperatives, both in […]

Patients under Medicare Advantage plans could be required to first try cheaper drugs to treat some serious diseases before moving on to more expensive medication, according to a Kaiser Health News report. Under the new rules from the Department of Health and Human Services, the private plans have […]