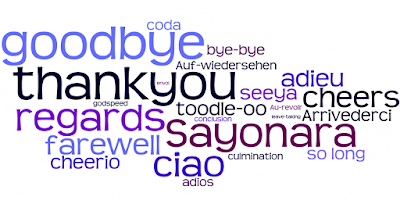 It's my 71st birthday and I decided it's a good time for me to move on to a new role. Unbelievable, right? John "PharmaGuy" Mack is seventy-one years old!

Also unbelievable is that I am shuttering my pharmaceutical online publishing business after 16 years of continuous operation! There will be no more Pharma Industry News Update emails, no more PharmaGuy Insights on Scoop.it, and no new Pharma...


Why Has There Been a Drop in FDA Enforcement Activity?

That's one question on the mind of EyeOnFDA author Mark Senak of FleishmanHillard's Washington, D.C. office. Senak plotted the number of "Action Letters," which are Warning Letters to drug company CEOs plus so-called "untitled" letters addressed to underlings - usually regulatory officers. I copies his chart - find the original here - and highlighted the years in which a Democrat (D; blue) or R...

You can't make this stuff up! 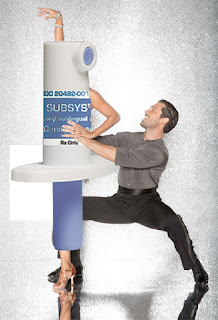 According to Huffington Post, "Pharmaceutical sales representatives selling an opioid-based drug 50 times more powerful than heroin filmed a company-made rap video in which they danced with a giant bottle of their deadly fentanyl spray, a federal grand jury alleged in an indictment unsealed this week (for more about that, read "Founder of Insys Indicted for Bribing...


Purdue's Opioid Marketing is Target of a Federal Criminal Probe

As reported by Bloomberg:


Is The End of Animated Characters in Drug Ads Neigh?

Merck has decided to dump its furry white vs black feline critters in its new direct-to-consumer advertising campaign for Belsomra saying that “the original ad served its purpose"; namely, breaking through the TV drug ad clutter to be noticed. Read the story below.

I have to ask if this is a trend now that each brand using mascots has already "broken through" AND the FDA is beginning to look mor...


Does This Email Message from KVK Tech Violate FDA Regulations?

Today, I received an email message from KVK Tech - a generic drug manufacturer located in my my hometown of Newtown, PA - regarding a gift to Stanford's Department of Bariatric and Minimally Invasive Surgery (see below; ignore that the email has the wrong date on it - you can't expect a drug company to have good copy editors, can you?). It talks about obesity in the U.S.


Is FDA Most Science-Based and Less patient Centric Now that Gottlieb is in Charge?

Now, another company -- PTC Therapeutics -- is seeking approval for a competing drug and the FDA warned in a bri...


Specialty Brand Sales Excel Today, But What About Tomorrow?

@QuintilesIMS teamed up with #PharmaForce to provide a framework for product launch assessment. The following is an excerpt. Download the entire report here. 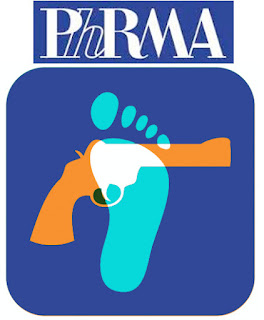 As reported by RAPS (here), the Pharmaceutical Research and Manufacturers of America (PhRMA) is "harshly criticizing the US Food and Drug Administration's (FDA) research focused on prescription drug advertising and promotion and calling for a clearer vision on how this research protects public health."

"FDA has proposed to undertake projects in a variety of disparate topics without articulating...


"Fake Advertising": Allergan Should Be Red in the Face for Using "Before & After" Images in Rhofade & Kybella Ads

Allergan is again resorting to side-by-side "before and after” images in a drug ad to prove that Rhofade - its new drug for the treatment of redness of the face, aka rosacea - works. This is the same technique the company used  to promote Kybella for double chin syndrome.

In the Kybella case, I analyzed the figures and suspected foul play; i.e., the after image was just a retouched version of...


Is FDA Too Slow to Approve New Drugs?

Back in March, 2017, President Trump "called on the Food and Drug Administration to speed the approval of drugs to treat life-threatening diseases, deriding the agency’s current process as 'slow and burdensome'”(here). 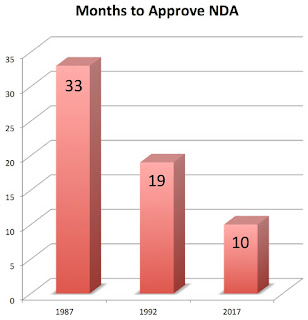 
The Forgotten eHealth Code of Ethics

Recently, I was sorry to see that the eHealth Code of Ethics, which I helped create back in 2000, was not included in the list of references to an article about trust and credibility of web-based health information. According to the Code, individuals need to be able to judge for themselves the quality of the health information they find on the Internet. Sites should disclose what sources the si...


Some PhRMA Board Member Opioid-Producing Companies are NOT Signatories to Its DTC Advertising Principles & Code on Interactions with Healthcare Professionals. Why Not? 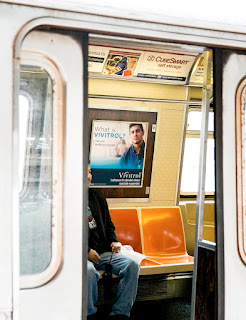 In December 2008, the PhRMA Board of Directors unanimously adopted measures to enhance the PhRMA Guiding Principles on Direct to Consumer Advertisements about PrescriptionMedicines. The revised Principles took effect March 2, 2009.

Despite the thundering unanimity of the PhRMA Board, several current board members are NOT signatories to the principles. Specifically, Allergan, Alexion, Alkerme...

The original, pre-internet definition of a meme is, “an element of a culture on system of behavior that may be considered to be passed from one individual to another by non-genetic means, especially imitation”.

Today, the “element of culture” is often an image or photo that has spread through social media or texting and which has been modified to include overlaid text. At least, that is how my s... 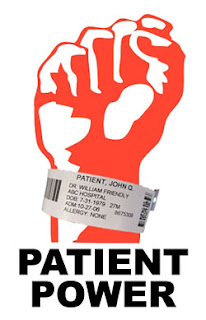 Patient Centricity used to be a buzzword in that it was often mentioned but seldom practiced by pharma companies.

A lot of progress has been made in the past years to achieve patient centricity, but not all drug companies have had much success. Unfortunately, that has had a negative impact on the industry’s reputation.


Pharma's Reputation Depends on Who You Ask

Depending on who you ask, the drug industry's reputation is at an all-time low (read, for example, "Pharma’s Rep Among Patient Groups Sinks to Near Historical Lows") or an all-time high!

For example, if you determine the reputation of a pharma company measured by "the general public who are somewhat or very familiar with the company," then that company's reputation is likely to score much higher...

The FDA has made many efforts to deal with the current opioid addiction crisis. The latest is the establishment of a "Opioid Policy Steering Committee." Some of these efforts may have been compromised by the influence of patient advocacy groups sponsored by drug companies that produce and market opioids. Such groups have gotten a seat on FDA panels. So, one has to wonder who will be named to th... 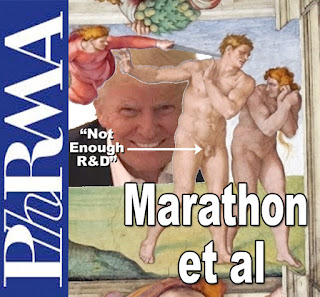 PhRMA, the pharmaceutical industry's primary lobbying group, announced changes to its membership structure that purged 22 companies of their membership or associate membership status.

Now, to be a member of PhRMA, you have to spend at least $200 million per year spent on research and research expenditures must equal to at least 10% of global sales (click on "Read more >>" below for details).

Pharmaceutical sales representatives are faced with increasingly limited access to physicians as many academic medical centers and other healthcare centers adopt conflict of interest policies restricting detailing. This is another benefit versus risk challenge for physicians who need quick access to the latest information about novel drugs. Listen to podcast below:


Read the transcript, which inc...


March for Science, Why I March

My name is John Mack and I live in Newtown.
On Twitter I am known as PharmaGuy – that’s P-H-A-R-M-A, plus “Guy!” I PUBLISH a newsletter for the pharmaceutical industry. And I have a graduate degree in Biochemistry.
Every day we benefit from medicines and vaccines created by scientists who work in pharmaceutical and g...


Speedy Drug Approval Versus Safe Drugs: Can We Have Both? 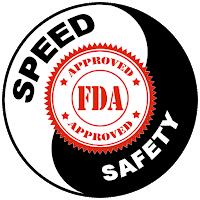 More user fees paid to the FDA by the drug industry and the push for less rigorous scientific proof in clinical trials may lead to faster drug approvals, but also more deaths due to side effects. Where’s the balance between speed and safety?

For the last few years I have been tracking data from the FDA regarding how much money it collects from the drug industry in prescription drug user fees to... 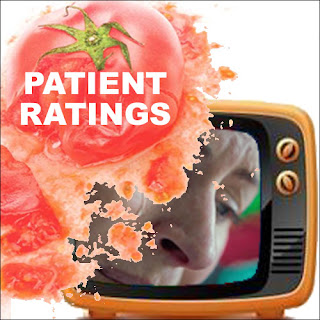 About this time every year, I get data from Kantar Media and Nielsen regarding how much money the U.S. pharmaceutical industry spends on direct-to-consumer (DTC) advertising.

The data I’m most interested in are the total spend for the year and what portion of that is digital versus TV. But it can be difficult to ferret out that information from the two different sources, which often report dif...


A Drug By Any Other Name 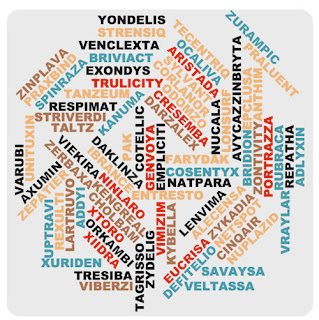 The naming of drugs has been described both as a science and an art, which is also true about marketing in general.

No matter what side of the brain is involved, there must be a reason why drug names are often ridiculed as being "absurd." The issue even made it to Saturday Night Live skit in which Oscar nominee Octavia Spencer sued Merck for naming dozens of drugs after members of her family ("...


PharmaGuy To Compete for Recognition at Cannes Lion Health Festival 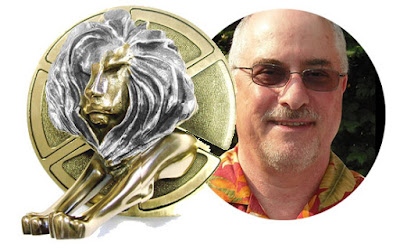 April 1, 2017: PharmaGuy is excited to announce that the organizers of the 2017 Cannes Lion Health Festival have chosen him as one of the finalists to compete for this year’s Old Pharma Lions Award!

Judges are seeking out the greatest generation of older, awe-inspiring pharma marketing communications pundits. This year’s competitors will put their snarkiness to the test on a brief set by UNI...


Which is Bigger: Pharma Profits or R&D Spending? 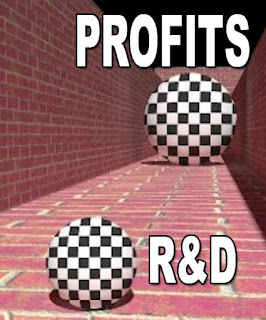 On Mar 27, 2017, Public Citizen came out with a report that claimed "Pharmaceutical Industry Profits Are Nearly Double R&D Costs in 2013, 2014 and 2015". The email announcing the report said “Even the inflated estimates of R&D reported by the industry are dwarfed by the industry’s profits, which, for the 20 largest pharmaceutical companies, jumped from $100.5 billion in 2014 to $123 billion in...