Eric D. Hargan, Deputy Secretary of the Department of Health and Human Services (HHS), spoke at Health Datapalooza. Below are his prepared remarks:


Good morning, and thank you for inviting me to speak to you all today. It’s always an honor to speak at Datapalooza, but especially this year, when this gathering marks its tenth anniversary.

We’re all here, just like we were last year, because we ... 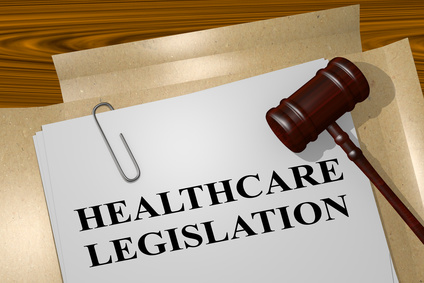 On Tuesday, December 11, the House Energy & Commerce Committee’s Subcommittee on Health held a hearing capping off its oversight of 21st Cures implementation for the outgoing 115th Congress by focusing on the Office of the National Coordinator for Health Information Technology (ONC). The witness was Donald Rucker MD, the National Coordinator for Health IT. 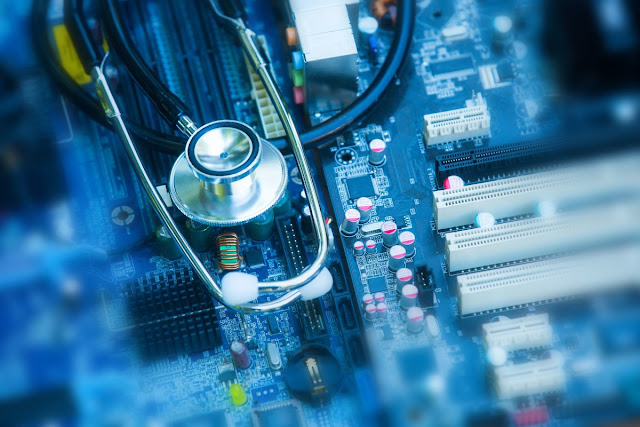 I was very honored to appear on John Gilroy's TechTalk show on Federal News Radio. The interview ran the gamut from artificial intelligence and blockchain, to health IT certification and interoperability.


A Decade of Progress on Interoperability


I have been looking back at all of the work accomplished on health data exchange as well as some of the challenges which still remain. In 2008 most of our healthcare system was still paper-based. Less than 10% of hospitals had implemented even a basic electronic health record system (EHR).

As we can see from the data above, pro...

MIT CSAIL's cryptographic system encourages transparency w/public log of data requests
When the FBI filed a court order in 2016 commanding Apple to unlock the San Bernandino shooter’s iPhone, the news made headlines across the globe. 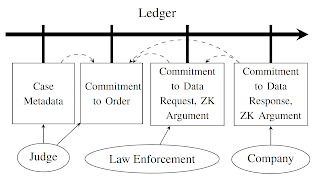 Meanwhile, every day there are thousands of court orders asking tech companies to turn over people’s private data. These requests often require some secrecy...


Getting robots to do things isn’t easy: usually scientists have to either explicitly program them or get them to understand how humans communicate via language.

But what if we could control robots more intuitively, using just hand gestures and brainwaves?

A new system spearheaded by researchers from MIT’s Computer Science a...


Artificial Intelligence and the Future of Industry

The entire world is feeling the impact of established and emerging artificial intelligence techniques tools. This is transforming society and all areas of business including healthcare and biomedicine, retail and finance, transportation and auto, and all verticals. Marketing and communications is certainly being transformed through artificial intelligence techniques. Manufac...


#CornerCameras: An AI for your blind-spot

Compatible with smartphone cameras, MIT CSAIL system for seeing around corners
could help with self-driving cars and search-and-rescue


Earlier this year researchers at Heriot-Watt University and the University of Edinburgh recognized, there is a way to tease out information on the object even from apparently random scattered light. Their method, published in Nature Photonics, relies on laser r...

Certain industries have not traditionally had the luxury of telecommuting. For example, many manufacturing jobs require a physical presence to operate machinery.

But what if such jobs could be done remotely? This week researchers from MIT’s Computer Science and Artificial Intelligence Laboratory (CSAIL) presented a vir...


Unlock the Power of Your Data

I have a confession to make - I am a data geek. I love the clear and precise nature of data. Data are foundational to everything. Properly organized data become the building blocks for information, which leads to knowledge and ultimately, wisdom. Medicine is a data rich science, with both structured and unstructured data of a variety of types. If you are a data geek like me then health care sh...


The AI For Good Global Summit 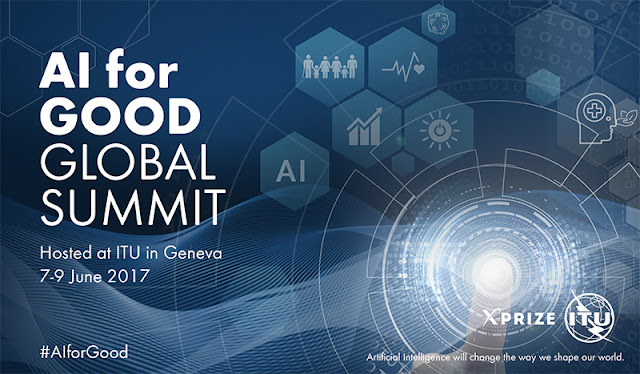 The world's brightest minds in Artificial Intelligence (AI) and humanitarian action meet with industry leaders and academia at the AI for Good Global Summit, 7-9 June 2017, to discuss how AI will assist global efforts to address poverty, hunger, education, healthcare and the protection of our environment. The event will in parallel explore means to ensure the safe, ethical development of AI, ...

Each year fifty of the leading entrepreneurs, investors, technologists, reporters, and providers dedicated to bringing technological advancements to healthcare are recognized at the Top 50 in Digital Health dinner hosted by Rock Health, Fenwick & West, Goldman Sachs, and Square 1 Bank. I was honored to win the Digital Health Evangelist 2017 category and planning to attend the gala event to rece...

In 1798, President John Adams signed the “Act for the Relief of Sick and Disabled Seamen,” creating a network of hospitals to care for merchant seamen and setting the foundation for what would become the United States Public Health Service Corps. In the more than 200 years since then, scientific advances and social progress have...


New and innovative health care delivery and the payment infrastructure to support those reforms must be built on the interoperable exchange of health data. Interoperable health data exchange requires that systems and devices be able to exchange data and interpret that shared data. The abi...

The much anticipated proposed regulations on the implementation of MACRA relating to the Merit-Based Incentive Payment System (MIPS) and Alternative Payment Models (APMs) in Medicare Fee-for-Service have finally been released. MACRA consolidates the current programs of the Physician Quality Reporting System, the Value-Based Modifier, and the Electronic Health Records Incentive Program into one ...

Artificial intelligence: A timeline via

The major events in artificial intelligence


National Coordinator for Health IT Speaks at #ONC2016 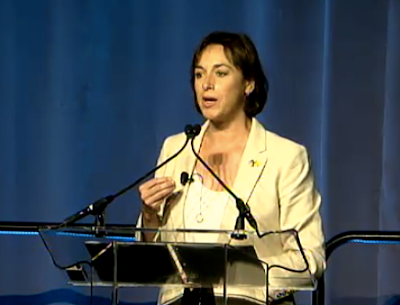 How is everybody doing? A little louder! I'm going to have to rally up the crowd for the last visitor, former Secretary Sebelius. It is wonderful to be here today with all of you and...

The new system to transform military health records has an official name. Military Health System (MHS) officials say the new electronic health record (EHR) will be called MHS GENESIS and will launch at the end of calendar year 2016. To keep pace with medical advances and innovations in technology, the DOD has purchased a new state of the art EHR that will support us in our mission to continue t...


Key themes and take-aways from #HIMSS16

The annual HIMSS conference in Las Vegas was once again packed with news, keynotes and educational sessions bringing us all up to speed on important advances in health care. The major themes for HIMSS16 included interoperability and data exchange, population health, mobile health (mHealth) including telemedicine and the ever-shifting world of regulatory changes.


Meaningful Use Isn't Quite Dead Yet

Meaningful use called and said, "The rumors of my death are greatly exaggerated." Seriously, a careful parsing of acting CMS Acting Administrator Andy Slavitt's comments at this year's J.P. Morgan Health Care Conference does not lead to the conclusion that meaningful use as a concept is over, but rather that it is being absorbed into Merit-based Incentive Payment System, and this will take som...

The 2016 HIMSS Annual Conference & Exhibition is coming up between February 29 - March 4, 2016 in Las Vegas. This is the Super Bowl of health IT and will bring together over 40,000 health IT professionals, clinicians, executives and vendors from around the world. There are some great educational sessions, and the tradeshow floor will highlight the latest in health IT products. Some very inter...


Summary of the HIT Policy Committee Report to Congress

Below is a summary of the HIT Policy Committee Report: "Challenges and Barriers to Interoperability" submitted to Congress today:

The Consolidated and Further Continuing Appropriations Act, 2015 was signed by the President on December 1, 2014. It reads in part:

Interoperability.--The agreement directs the Health IT Policy Committee to submit a report to the House and Senate Committees on Appropr...